In life there are bound to be disagreements. With an estimated 7.6 billion people in the world, you can hardly be expected to get along with everyone all the time. At work or in the home, disputes can and will arise, and it's important to find healthy and sustainable ways to resolve them.

A professional environment in particular calls for a swift and diplomatic set of resolution tactics, which can also be applied to one's personal interactions.

Here are some of the ways you can fairly and efficiently resolve a conflict, no matter the place or scenario.

Listen to the other person

Things can get heated during an argument, with all parties trying to get their point across, even at the expense of talking over one another. As difficult as it may be, try to remain silent and listen to what the other person is saying. Allow them to express their point of view, and listen calmly and without antagonism. Then politely ask for your turn to speak, reminding them that you offered the same courtesy.

An overwhelming number of instances regarding conflict arise from simple miscommunication, an error that can usually be corrected fairly quickly if everyone is allowed to clear up the confusion by stating their case.

Any conflict, no matter how small in the beginning, is bound to get considerably bigger and more severe if personal attacks are leveled. When disagreements arise and we feel like we're losing footing or running out of ammo, it's natural to want to “break out the big guns,” so to speak.

Don't do this! Stay on topic and address only what immediately concerns the issue at hand. Doing so will prevent the conflict from turning into something that may take a lot longer to resolve, and damage personal relationships beyond repair.

Letting the other person know that you understand where you erred goes a long way in finding a common ground and ultimate resolution. Admitting your mistakes will often allow the other person to do so as well, with a newfound trust being established.

Few conflicts are ever just one person's fault, and it's important to understand and acknowledge that, rather than obstinately defending your stance no matter what. Understanding the part you played in the conflict will further allow you to prevent repeating those steps in the future.

It's never easy being the first to apologize, but it certainly speaks highly of you as both an individual and professional. Contrary to popular belief, strength and humility go hand in hand, and being the one to extend the proverbial olive branch means that you favor solutions over ongoing disputes, and aren't too proud to take others' feelings into account.

Apologizing for where you may have offended or misunderstood someone doesn't mean taking the full blame, but acknowledging where and how you upset them in order to resolve the matter at hand. You may be surprised at how quickly your apology will be reciprocated.

A dispute can be drawn out for days, weeks, or even months at a time, with each party digging their heels in and refusing to come up with suggestions in favor of endless accusations and stubborn grudges. This can be particularly detrimental to a functioning work environment, to say nothing of the effect on one's personal life at home.

Be the bigger person and step forward with solutions, inviting the other person to do so as well. Control plays a huge part in how a situation is perceived and thus plays out; if both parties can agree on ways to work through the issue and prevent future disagreements, then the conflict no longer feels out of your control.

No matter how intense or infuriating a dispute becomes, you should never ever allow yourself get physical. Putting your hands on another person–no matter how provoked you feel–crosses a line that is nearly impossible to walk back, and will bring about consequences that could damage your future in a number of irreversible ways.

If you feel yourself reaching that point in an argument, whether it's at home or in the work space, excuse yourself and walk away until you cool off and collect your thoughts. The discussion can be resumed at a later point, but it's important in that instant to remove yourself from the possibility of inflicting bodily harm.

If you find that you are repeatedly unable to resolve conflicts in a safe or respectful manner, it may be time to speak with someone who is trained in the field of anger management. A professional therapist can help you find the root of where your recurring and/or severe rage stems from, the source of which may surprise you.

Anger control is a necessary component of a healthy and productive adult life, as it affects nearly every aspect, from work to social standing. Losing your temper every now and then is one thing, but your default setting should never be aggressively confrontational.

There are a number of ways you can secure a licensed and experienced therapist to talk to, from in-office visits to online sessions.

Taking that first step to understanding your anger and finding sensible solutions to managing it will not only improve your personal and professional life, but allow you to inspire others to assess how they approach conflict in their own lives. 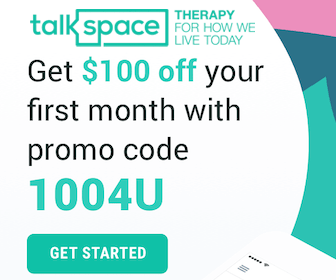